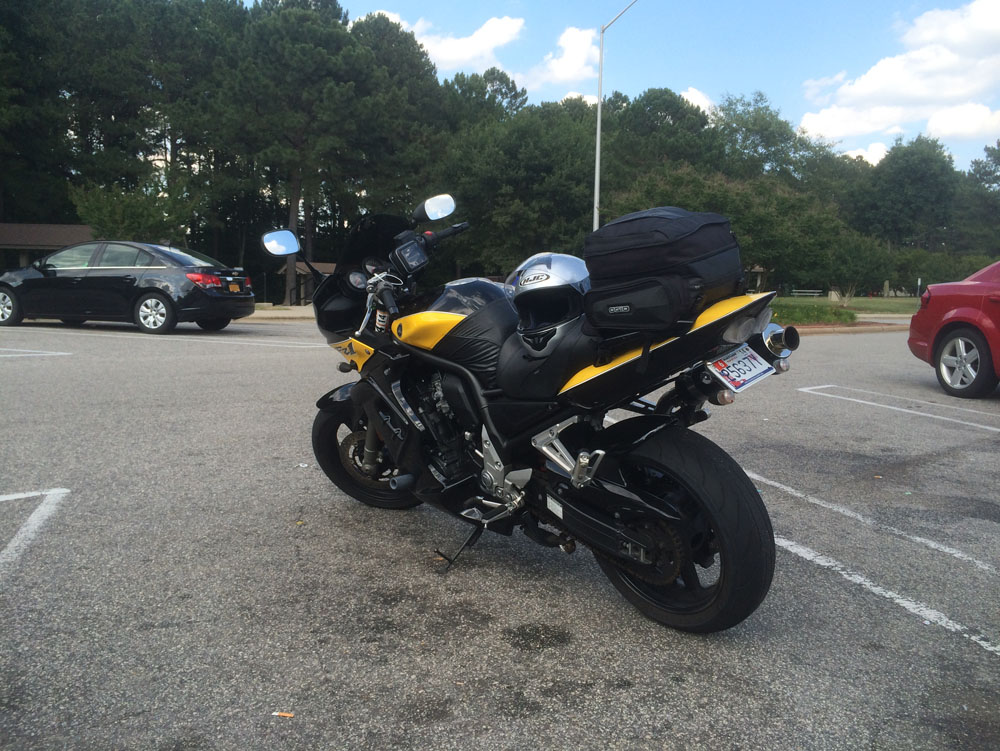 So what do you do when you’ve had your motorcycle license for less than three weeks and only bought a (very powerful) motorcycle just two weeks ago? Take it on an 800 mile roadtrip through Maryland, Virginia, and North Carolina of course! Wait, what?

This isn’t the first time I’ve been called crazy and it certainly won’t be the last. Luckily most of my friends and family kept their opinions to themselves and decided to let me have my fun this time around, though I don’t know why. Either they had more confidence than I felt in my abilities or I don’t even know what. Ultimately, I displayed confidence in my whole two weeks of riding and no one tried to talk me down from riding my bike almost 800 miles. Thankfully the whole trip went without incident and was a very rewarding trip indeed.

When I originally mapped the route Google estimated a 6 hour trip. Granted, this was a nonstop estimate which neither my truck or bike are capable of performing. By motorcycle the trip took me 8 hours and included 5 stops: one for food, two for water and rest, and two for gas. The first thing that I noticed about taking a long trip by motorcycle was how a motorcycle encouraged focusing on the trip itself and taking your time. Since you can’t eat and ride any meals, snacks, or water breaks require stopping, removing at least your gloves and helmet, and generally slowing your pace. Living in a busy world it was refreshing to be encouraged to slow down and take it easy.

I only encountered two minor challenges during my trip and learned a lot from each. The first was not to wear a new pair of gloves on a long trip without bringing a backup that you know you are comfortable wearing. I had wanted to get a gauntlet type glove for the trip for the added protection but the pair I chose did not fit right and caused uncomfortable rubbing. I had to stop at a motorcycle apparel store on the way down just to get a cheap pair that didn’t bother my hands. The second was how much work my neck had to do to keep my head up in 85mph wind. With high speed limits in the south the last hour of riding at around 85mph was wearing my neck muscles out and I had to take breaks by ducking behind the windscreen to recover. Luckily I had prepared well for the trip and installed a sport touring windscreen that is taller and wider than what originally came on the bike (or even the one that was installed when I bought it) and didn’t have any other wind fatigue issues.

The return trip was equally pleasant and was only hit with a few drops of rain. I also took a three hour break in Richmond to see an old friend from college which made the trip even nicer. It was great to catch up and talk about all kinds of things, including the motorcycle and his old trucks. I pulled into my parking space around 11:00pm very satisfied with the 782 mile journey and wondering when the next opportunity will be to pile on even more miles.