Riding an Iron Horse to the Renaissance Festival 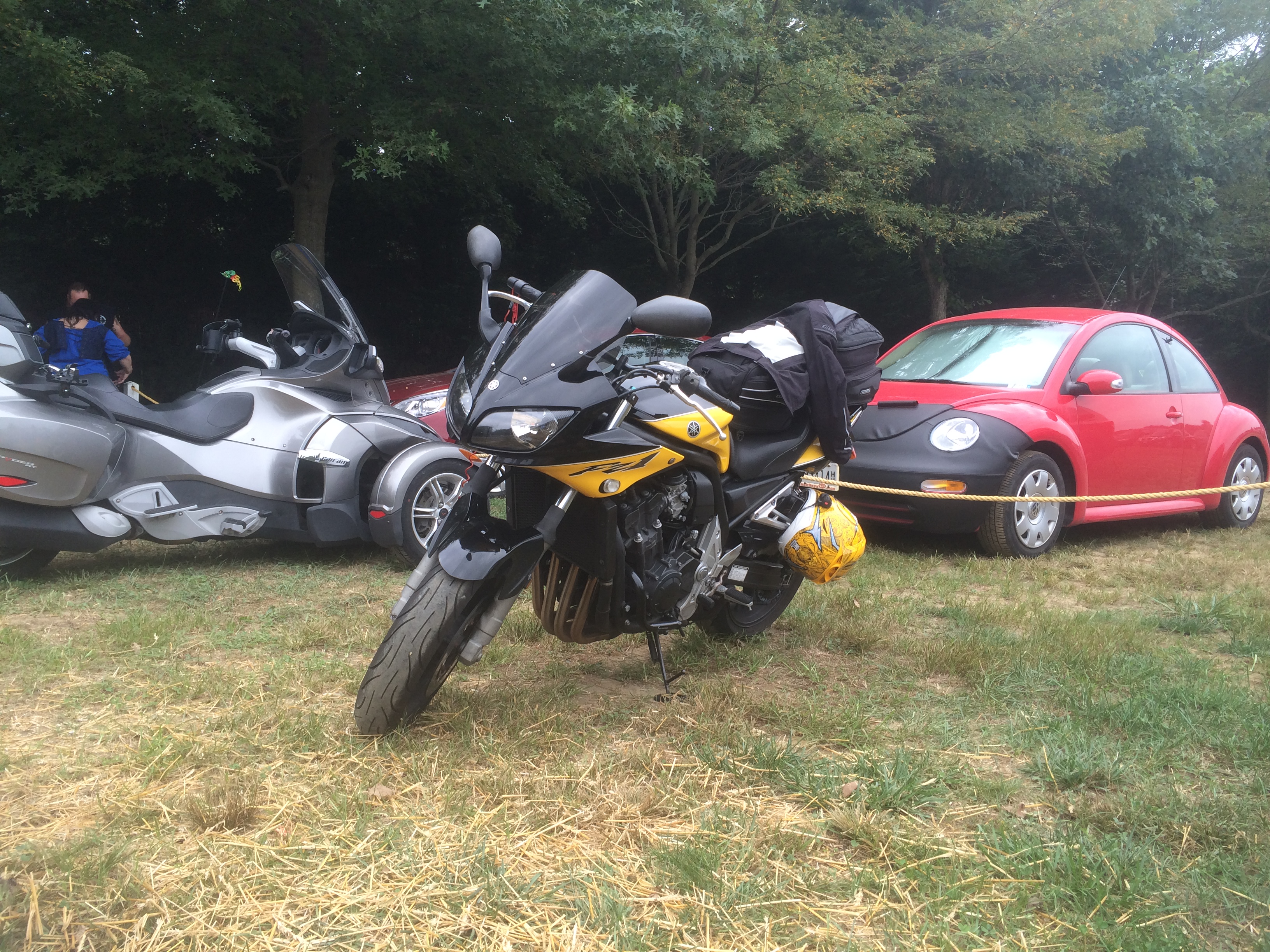 Riding my motorcycle has been some of the best fun I’ve had in a long time. Before getting my motorcycle license I didn’t give motorcycles much thought. I didn’t know anyone who owned one and I wasn’t exposed to them on any sort of regular basis. Now, after putting 7-8k miles on my FZ1 just so far this year I don’t know how I lived without it. This weekend I decided to ride up and visit a friend of mine. He had his kids for the day so we decided to go to the Maryland Renaissance Festival in Crownsville, MD. I’m a Renn Fest regular and we both enjoy the shows, music, and general entertainment, and we knew his kids would love it too.

My friend had just bought a bike and the plan was to do Renn Fest on Saturday with his kids then ride on Sunday but, as the weekend neared, he found out the bike he bought needed a few more parts and it wouldn’t be ready in time. Rather than leave my bike at home I decided to bring it up anyway and loaded the bike with everything I would need for the weekend, including my large, leather cavalier hat for the festival.

Upon arriving at the Renn Fest I discovered something I never noticed before, motorcycles are given front row parking right next to the entrance! Being able to VIP park was fantastic. While waiting for the festival to open (and my friend to arrive) I talked to some of the others who had rode their bikes to the festival. Everyone on a motorcycle arrived with a grin on their face already. It was a fun filled day of great weather and great times. I’ll certainly ride to the festival more in the future.